TOUR GUIDE TOKYO was estabished in Tokyo in 2013 by Yasushi and Yoko. Working as English speaking tour guides for busy group tour groups, we felt like doing some more relaxing tours for small groups. So ended up opening TOUR GUIDE TOKYO. Since then we welcomed a lot of guests from all over the world. We also work with proffesional guide friends who all have Japanese national guide license. 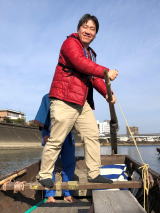 Yasushi was born in Chiba and studiend and workded in Tokyo. Then he felt like doing something different. So quit his previous job and went to Canada in 2003 to improve his English. He studied English and Tourism in Victoria, British Columbia. Then worked as a guide for Japanese people visiting Canada. The last year in Canada was in Banff in Rocky Mountains. In 2008, he decided to come back to Japan and continues his career as a guide since then. Now he guides private, group and cycling tours. Likes to watch movies and football games, and eat. 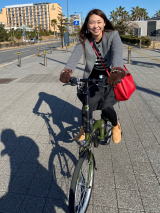 Yoko was born in Tokyo. When she was a student, she was quite an athlete and played badminton and tennis. After high school, she decided to study in Australia. First city she lived as Sydney, then moved to Adelaide. Not only studing English, also studeided how to enjoy Aussie wines. After 3 years of study in Australia, she came back to Japan and worked in the tennis industry and finished her degree. In 2009 she got the national guide license of Japan and has done a lot of private, group and cycling tours. Loves drinking and playing tennis.

Top of this page